Home Robot is an autonomous robot that is used for household chores. Thus far, there are only a few limited models, though speculators, such as Bill Gates, have suggested that they could become more common in the future. Many domestic robots are used for basic household chores. Others are educational or entertainment robots, such as the HERO line of the 1980s. While most domestic robots are simplistic, some are connected to WiFi home networks or smart environment and are autonomous to a high degree. 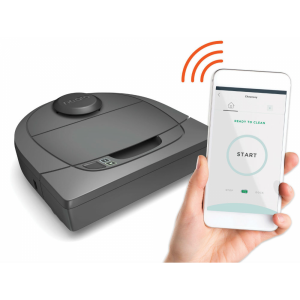 This type of home robot does chores around and inside homes. Different kinds include:

Robotic vacuum cleaners and floor-washing robots that clean floors with sweeping and wet mopping functions. Some use Swiffer or other disposable cleaning cloths to dry-sweep, or reusable microfiber cloths to wet-mop. Within the ironing robots, Dressman is a mannequin to dry and iron shirts using hot air. Other ones also includes manneqin for down parts (pants, trousers and skirts). More advanced ones fold and organizes the clothes, as Laundroid (using image analysis and artificial intelligence), Effie (irons 12 items of clothing at once) and FoldiMate. Cat litter robots are automatic self-cleaning litter boxes that filter clumps out into a built-in waste receptacle that can be lined with an ordinary plastic bag. Kitchen robots include Rotimatic (which makes rotis, tortillas, puris out of flour in just few minutes) and Moley Robotics MK1. Security robots such as Knightscope have a night-vision-capable wide-angle camera that detects movements and intruders. It can patrol places and shoot video of suspicious activities, too, and send alerts via email or text message; the stored history of past alerts and videos are accessible via the Web. The robot can also be configured to go into action at any time of the day. Atlas is a robot built to perform in house task such as sweeping, opening doors, climbing stairs, etc. Robots such as Atlas can be utilized to making the average person's day just that much more interesting and easy.

A robotic lawn mower is a lawn mower that is able to mow a lawn by itself after being programmed. Once programmed, this invention repeats the operation by itself according to its programming. Robotic lawn mowers comes with a power unit which may be an electric motor or internal combustion engine. This provides power to the robot and allows it to move itself and its cutting blades. There is also a control unit which helps the mower move itself. This unit also contains a memory unit which records and memorizes its operation programming. Its memorized route includes the length of travel in a given direction and turn angles. This allows the same lawn to be mowed repeatedly without having to reprogram. The steering unit acquires an operation signal and propels the lead wheel, which leads the mower, go guide along the programmed route. Some models can mow complicated and uneven lawns that are up to three-quarters of an acre in size. Others can mow a lawn as large as 40,000 square feet (3,700 m2), can handle a hill inclined up to 27 degrees. There are also automated pool cleaners that clean and maintain swimming pools autonomously by scrubbing in-ground pools from the floor to the waterline in 3 hours, cleaning and circulating more than 70 US gallons (260 l) of water per minute, and removing debris as small as 2 µm in size. Gutter-cleaning robots such as Looj use brushes and rubber blades to remove debris from rain gutters; users operate the device using a remote. Window cleaning robots are most commonly used to clean outdoor windows, more specifically house windows. However, it may be used on other types of windows, such as ones on tall buildings and structures. This robot contains a movement system which allows the robot to navigate itself across the window surface in a defined direction. It also has a powered agitator located by the cleaning pad. When activated, the agitator gets rid of debris and dirt from the window surface. The cleaning pad directly interacts with the window surface and is directly responsible for removing the dirt by filling itself with specialized window cleaning fluid. A window-washing robot commonly uses two magnetic modules to navigate windows as it sprays cleaning solution onto microfiber pads to wash them. It covers about 1,601 square feet (148.7 m2) per charge. 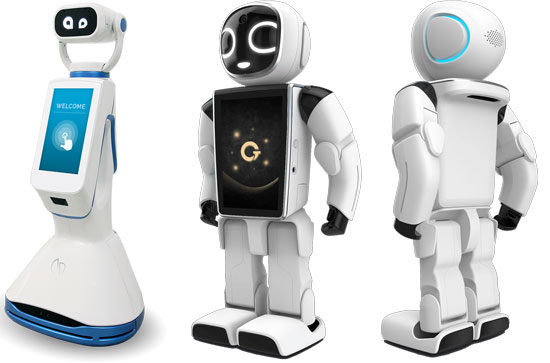 Socibot Robot: A Spooky Robot That Wears Any Face