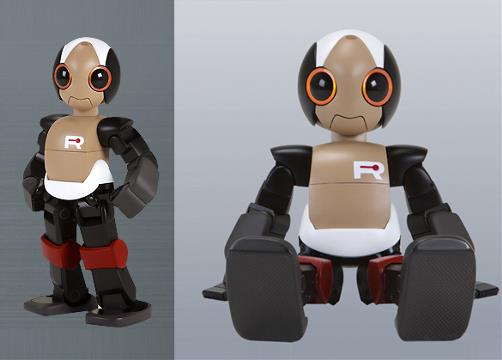 Japanese robot wunderkind Tomotaka Takahashi has created a new humanoid robot that can jump 3 inches off the floor, an impressive feat for a small bipedal machine. Known for his anime-inspired robotic creations used for product promotion, Takahashi's latest bipedal walker is called Ropid (from "robot" and "rapid"). The cute carbon fiber and plastic droid weighs 3.5 pounds and has 30 degrees of mechanical freedom. It does all that while maintaining its balance thanks to its four onboard gyro sensors and four accelerometers. Takahashi's stylish robots, such as Chroino, are often featured in magazines and on TV in Japan. It took Takahashi two and a half years to develop Ropid at his Kyoto University-based start-up Robo-Garage. The robot is based on patented technology developed in 2007.