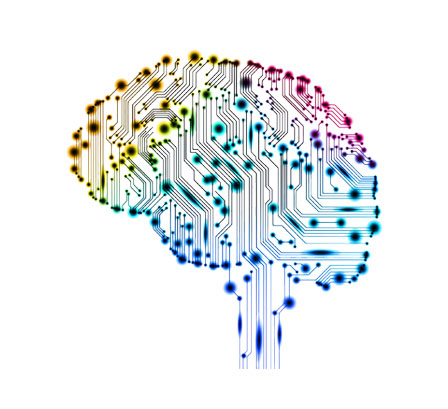 It's intelligence exhibited by machines. In computer science, the field of AI research defines itself as the study of "intelligent agents": any device that perceives its environment and takes actions that maximize its chance of success at some goal. Colloquially, the term "artificial intelligence" is applied when a machine mimics "cognitive" functions that humans associate with other human minds, such as "learning" and "problem solving". As machines become increasingly capable, mental facilities once thought to require intelligence are removed from the definition. For instance, optical character recognition is no longer perceived as an example of "artificial intelligence", having become a routine technology. Capabilities currently classified as AI include successfully understanding human speech, competing at a high level in strategic game systems (such as chess and Go), self-driving cars, intelligent routing in content delivery networks, military simulations, and interpreting complex data. AI research is divided into subfields that focus on specific problems, approaches, the use of a particular tool, or towards satisfying particular applications. The central problems (or goals) of AI research include reasoning, knowledge, planning, learning, natural language processing (communication), perception and the ability to move and manipulate objects. General intelligence is among the field's long-term goals. Approaches include statistical methods, computational intelligence, and traditional symbolic AI. Many tools are used in AI, including versions of search and mathematical optimization, logic, methods based on probability and economics. The AI field draws upon computer science, mathematics, psychology, linguistics, philosophy, neuroscience, artificial psychology and many others.

The 3rd International Conference on Artificial Intelligence and Robots AIR 2018