Six Legged: A hexapod robot is a mechanical vehicle that walks on six legs. Since a robot can be statically stable on three or more legs, a hexapod robot has a great deal of flexibility in how it can move. If legs become disabled, the robot may still be able to walk. Furthermore, not all of the robot’s legs are needed for stability; other legs are free to reach new foot placements or manipulate a payload. 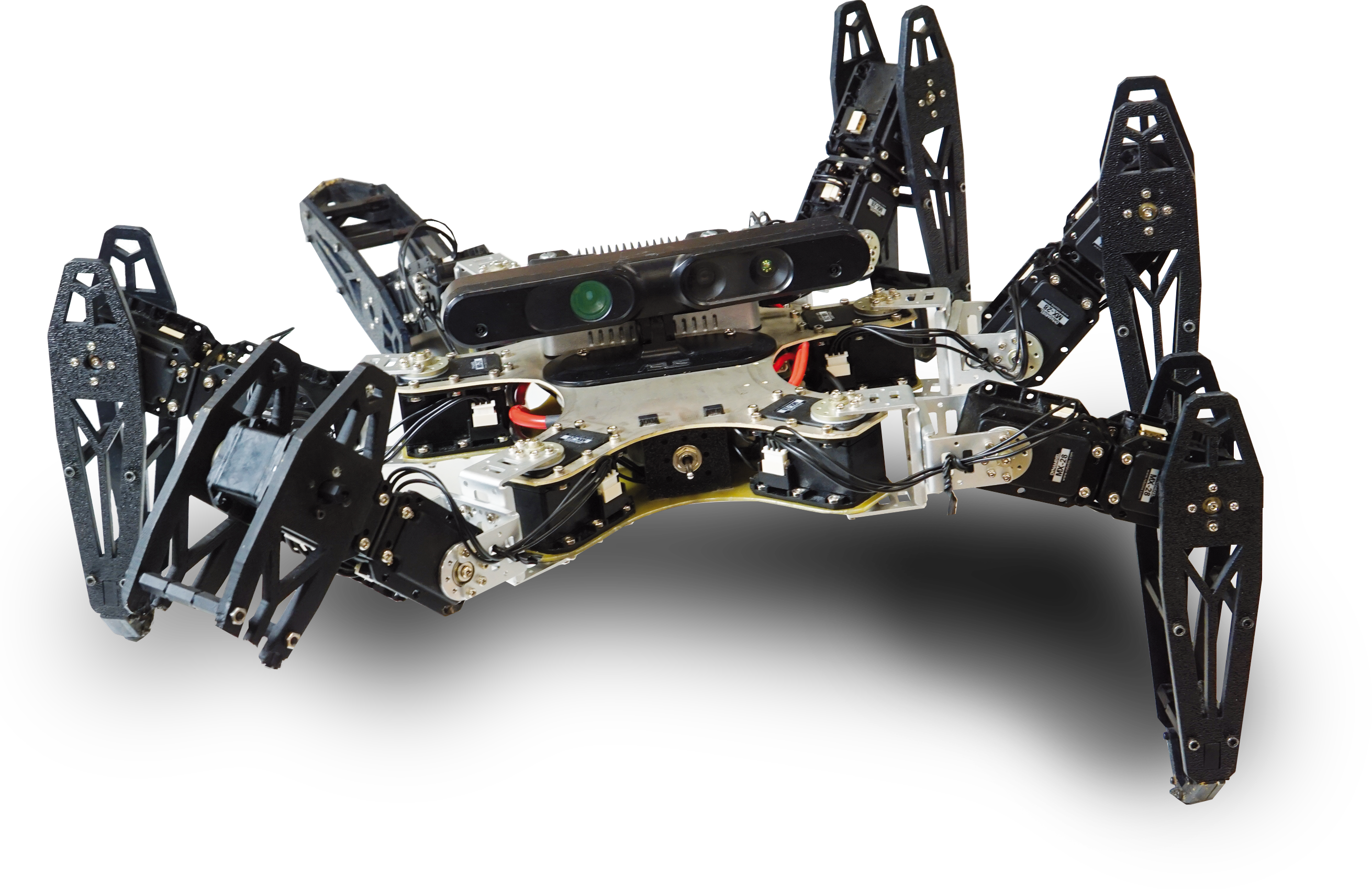 Many hexapod robots are biologically inspired by Hexapoda locomotion. Hexapods may be used to test biological theories about insect locomotion, motor control, and neurobiology. Hexapod designs vary in leg arrangement. Insect-inspired robots are typically laterally symmetric, such as the RiSE robot at Carnegie Mellon. A radially symmetric hexapod is ATHLETE (All-Terrain Hex-Legged Extra-Terrestrial Explorer) robot at JPL. Typically, individual legs range from two to six degrees of freedom. Hexapod feet are typically pointed, but can also be tipped with adhesive material to help climb walls or wheels so the robot can drive quickly when the ground is flat.