While up to six is the most common count of robot legs, there are also other robots. For example octopod robots have eight legs. While robots that have many legs that move in a wave-like pattern is sometimes called centipede robots.

As you probably have realized - nature has some very ingenious solutions to a wide array of problems. That's why it can be very useful to imitate solutions provided by natyre. This is no different in the field of robotics. 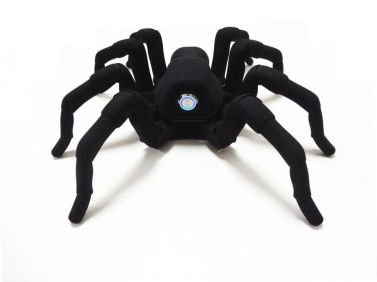 Every one of these ways of locomotion have their strengths and weaknesses which can be seen in nature. For example, mammals with four legs are generally viewed as great long distance travelers that can cope well with rough terrain. Insects, octopods and centipedes, on the other hand, can get in many places because of the way they move and their size.

So, you want to know what robots there are that have more than six legs? As I'm aware, these types of design are not very popular in actual applications. Nevertheless, there are robotics kits with many legs. Also this is a particularly interesting topic for research and much is going on in that field. 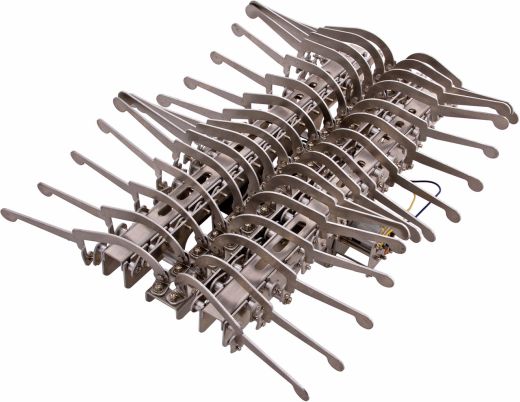 As we can see from nature, centipedes have a great level of trafficability. The count of legs as well as the length to width ratio of a creature can be accounted for this ability. That's why centipedes, along with other creatures, are researched and imitated.

Nevertheless, there are some problems that make imitating a centipede a bit tough and possibly disadvantageous. You guessed it - the number of legs. There are designs that use many motors - each for a leg or each for a pair of legs. This has its pros and cons.

The pros are that this design can have many sections that would enable it to be fairly flexible. The cons are the big amount of motors needed that would really complicate the design. The other method would be to use fewer motors and drive the legs using links and cranks.
The above mentioned method is used in this centipede robot kit that you can see in the picture. The kit has two motors that drive two links that are connected with cranks. Legs are connected to the cranks which are positioned at different angles. Thus the wave motion is formed.

This Mechamo Centipede kit is not very cheap but it’s not very expensive too. In my opinion it’s a good value for the money. You can get it for just above one hundred US dollars.

As you can understand, it cannot be very flexible because of the linkage, so the trafficability advantage is absent with this centipede robot design. However, if the body and the links could be made of a flexible material it could be a very good design with many advantages that centipedes created by nature has.

Octopods, centipedes and other robots with more than six legs are a field where much research can still be done. These robot designs can possibly turn out to be very useful for certain applications where wheeled robots are inefective.