Robotic Arms - Articulated Robots: An articulated robot is a robot with rotary joints (e.g. a legged robot or an industrial robot). Articulated robots can range from simple two-jointed structures to systems with 10 or more interacting joints. They are powered by a variety of means, including electric motors. 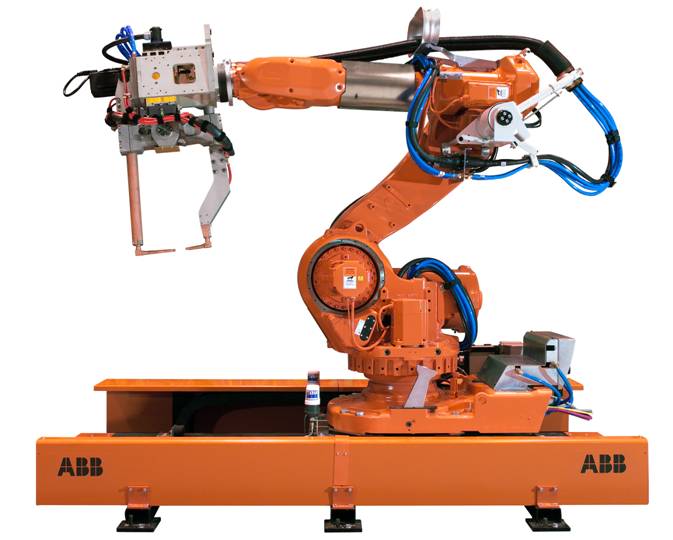 Some types of robots, such as robotic arms, can be articulated or non-articulated.

Articulated Robot: An articulated robot is one which uses rotary joints to access its work space. Usually the joints are arranged in a “chain”, so that one joint supports another further in the chain.

Continuous Path: A control scheme whereby the inputs or commands specify every point along a desired path of motion. The path is controlled by the coordinated motion of the manipulator joints.

Degrees Of Freedom (DOF): The number of independent motions in which the end effector can move, defined by the number of axes of motion of the manipulator.

Gripper: A device for grasping or holding, attached to the free end of the last manipulator link; also called the robot’s hand or end-effector.

Pick And Place Cycle:  Pick and place Cycle is the time, in seconds, to execute the following motion sequence:

Reach: The maximum horizontal distance from the center of the robot base to the end of its wrist.