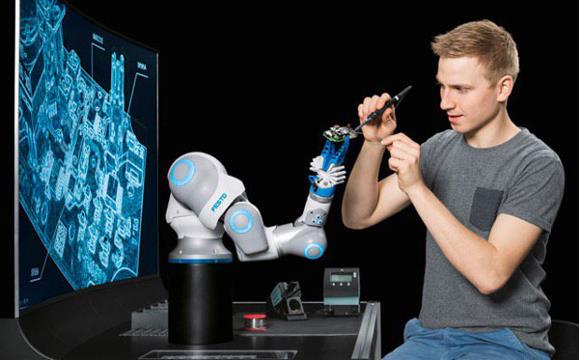 Bionic Cobot Robot is a smart robotic arm that the natural motion sequences and its intuitive operability, the Bionic Cobot has great potential in a wide range of industries: especially when it comes to monotonous, mindless or even dangerous activities, it could be used as an assisting robot and relieve humans. The BionicCobot is operated intuitively by means of a graphic user interface developed in house. With a tablet, the user can quite easily teach the actions to be performed and order them in any sequence. By means of the ROS (Robot Operating System) open source platform, the programmed motion sequences reach the integrated Festo Motion Terminal, which steers and controls the kinematics. 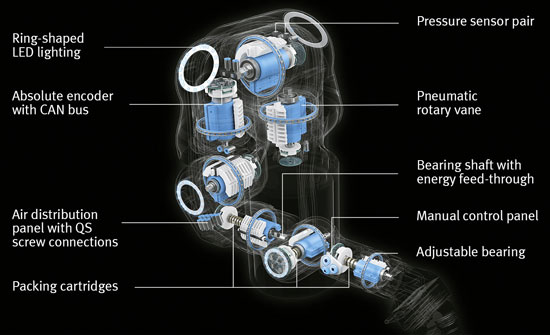