Microbotics (or microrobotics) is the field of miniature robotics, in particular mobile robots with characteristicdimensions less than 1 mm. The term can also be used for robots capable of handling micrometer size components. Microbotics is that branch of robotics, which deals with the study and application of miniature ones like mobile robots of micrometre scale. 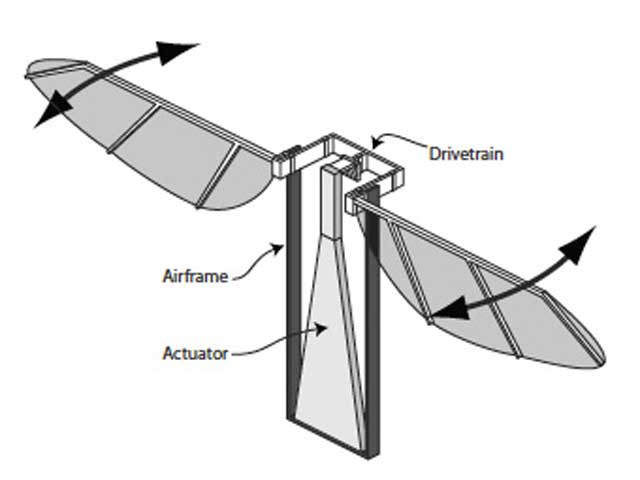 While the ‘micro’ prefix has been used subjectively to mean small, standardizing on length scales avoids confusion. Thus a nanorobot would have characteristic dimensions at or below 1 micrometer, or manipulate components on the 1 to 1000 nm size range.

The earliest research and conceptual design of such small robots was conducted in the early 1970s in (then) classified research for U.S. intelligence agencies. Applications envisioned at that time included prisoner of war rescue assistance and electronic intercept missions.

The concept of building very small robots, and benefiting from recent advances in Micro Electro Mechanical Systems Due to their small size, microbots are potentially very cheap, and could be used in large numbers (swarm robotics) to explore environments which are too small or too dangerous for people or larger robots. It is expected that microbots will be useful in applications such as looking for survivors in collapsed buildings after an earthquake, or crawling through the digestive tract. What microbots lack in brawn or computational power, they can make up for by using large numbers, as in swarms of microbots.

One of the major challenges in developing a microrobot is to achieve motion using a very limited power supply. The microrobots can use a small lightweight battery source like a coin cell or can scavenge power from the surrounding environment in the form of vibration or light energy. Microrobots are also now using biological motors as power sources, such as flagellated Serratia marcescens, to draw chemical power from the surrounding fluid to actuate the robotic device. These biorobots can be directly controlled by stimuli such aschemotaxis or galvanotaxis with several control schemes available.

Nowadays, owing chiefly to wireless connections, like Wi-Fi (i.e. in domotic networks) the microbot’s communication capacity has risen, so it can coordinate with other microbots to carry out more complex tasks.