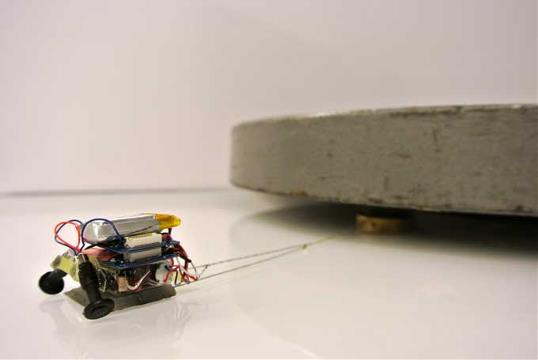 Every tug-of-war champion knows one thing: The power to pull lies not in your arms, but in planting your two feet firmly in the dirt for leverage. Engineers at Stanford University put this basic tug-of-war principle into practice when they designed tiny robots, which they’ve called MicroTugs, that can drag objects hundreds of times their weight. A 9-gram MicroTug, for example, can pull a 2.2-pound load vertically up glass. That’s equivalent to a human climbing a skyscraper while carrying an elephant. The MicroTugs owe their pulling power to their sticky feet, which borrow a page from geckos’ evolutionary playbook. 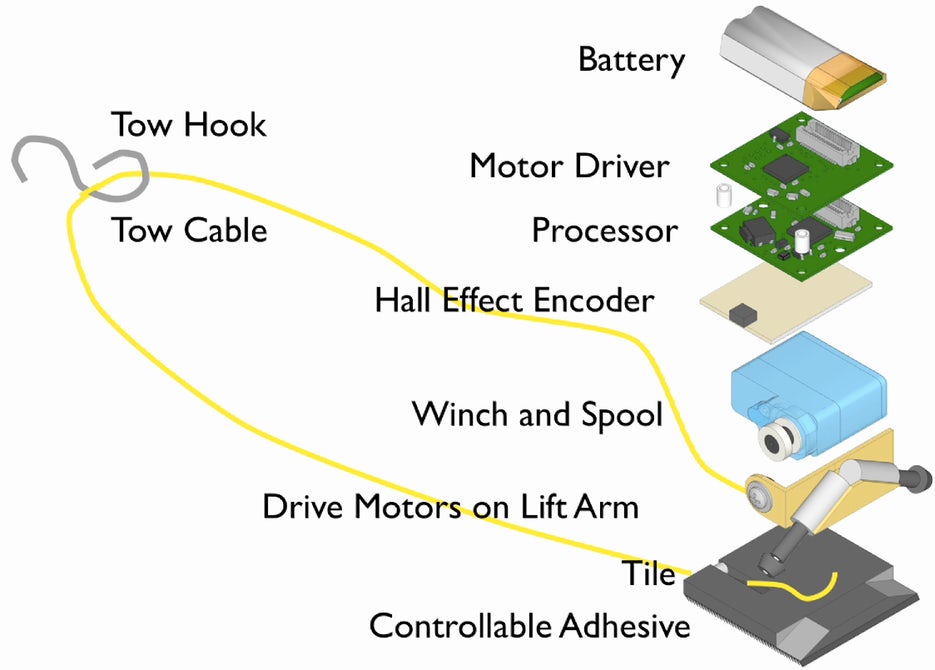