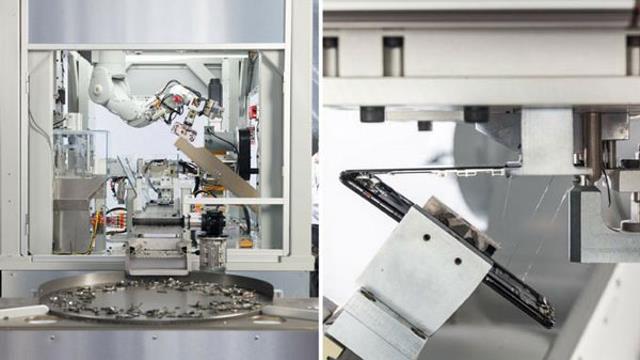 Daisy was created with some of Liam’s old parts, making it a recycled robot that helps recycle iPhones. Daisy is capable of taking apart nine different versions of the iPhone, and it can disassemble up to 200 iPhones an hour. It also separates parts and removes certain components as it goes. Along with Daisy, Apple has also announced a temporary program called GiveBack, where customers can turn in devices in store or through Apple.com to be recycled.