Torobo Robot is designed to have similar body size to humans. It can be used for the research of applying a robot to the human's living space, and the research of a robot working in a production line instead of workers. Because Torobo has torque sensors in all the joints and can control its joint torque directly, it can be used for the applied research of force control and impedance control. Torobo is easy to carry because the robot and the controller are small. It can be driven by a battery because it's power supply is DC 24 V. You can use Torobo as a mobile humanoid by mounting it with a cart or an AGV. 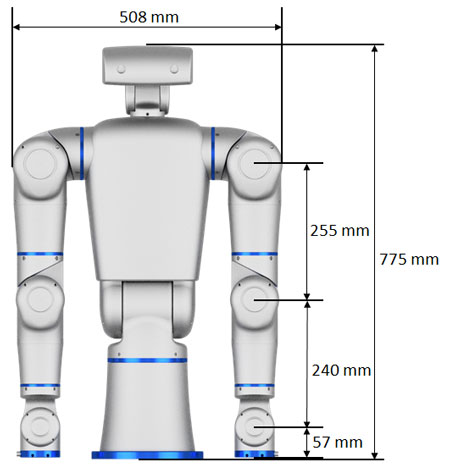