SRobot 2119 Robot is a smart social robot that specially designed for application in crowded area which need high level of human-robot interactions. SRobot 2119 a fully modular and the operation of base and body are fully separated. The robot navigation and mapping systems are embedded in the base part which makes the base applicable without body. The base is of the wheeled version which brings high level of stability for the robot. It includes three types of sensors for navigation, namely LiDAR sensor (1 sensor), Ultrasonic sensor (3sensors) and cliff sensors (3 sensors). LiDAR is responsible to extract the space mapping and is the key hardware in navigation system. Ultrasonic sensors avoid the obstacles in maximum 40cm range in a real-time manner. Cliff sensors are used to prevent the robot from falling down in edges with more than 5cm depth. SR2119 is capable of moving at 0.7 m/s speed which is suitable for many social robotic applications. The body brings interactions for the robot and is responsible for various artificial intelligence properties of SR2119. Various sensors on robot body bring needed information for robot intelligent actions. These sensors include 3D camera, microphones and touch panels. Using these sensors and based on the application, intelligent actions could be activated on SR2119. As some examples of these actions we can name speech interactions, facial recognition and face detection, facial action recognition, etc. Elegant and perfect user-friendly design of SR2119 makes it a sociable robot. The robot is equipped with a high capacity battery and is capable of automatic return to charger dock in the case of low battery. 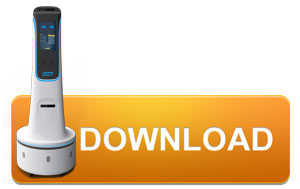 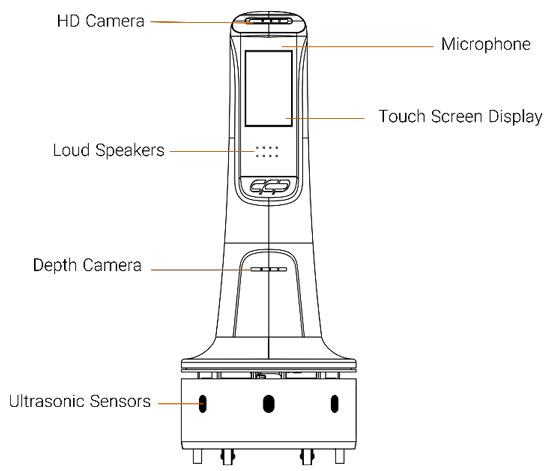 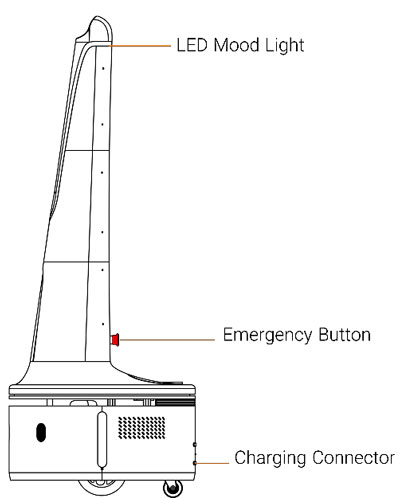