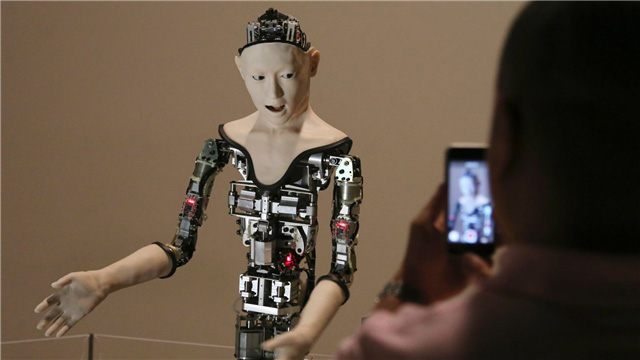 A new type of robot that can control its own limbs and facial expressions independently of human input has been unveiled in Japan. The Atler robot instead uses its own neural network that allows it to respond to its environment through an array of sensors that detect sound, temperature, humidity and proximity. Developed by researchers at the University of Tokyo and Osaka University, Atler is currently on display at Japan’s National Museum of Emerging Science and Innovation. Alter relies on 42 pneumatic actuators and a “central pattern generator” (CPG), which allows it to make its own decisions. The CPG is based on an artificial model for neurons called the Izhikevich neuron that gives it human-like movements. Particular movements were assigned to particular situations and circumstances by the researchers—for example, its torso shudders when it senses a nearby crowd of people.