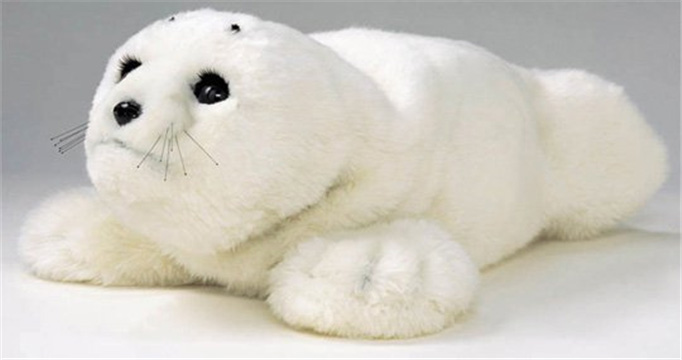 It's an advanced interactive robot developed by AIST, a leading Japanese industrial automation pioneer. It allows the documented benefits of animal therapy to be administered to patients in environments such as hospitals and extended care facilities where live animals present treatment or logistical difficulties.

PARO is the 8th generation of a design that has been in use in Japan and throughout Europe since 2003.

PARO has five kinds of sensors: tactile, light, audition, temperature, and posture sensors, with which it can perceive people and its environment. With the light sensor, PARO can recognize light and dark. He feels being stroked and beaten by tactile sensor, or being held by the posture sensor. PARO can also recognize the direction of voice and words such as its name, greetings, and praise with its audio sensor.

PARO can learn to behave in a way that the user prefers, and to respond to its new name. For example, if you stroke it every time you touch it, PARO will remember your previous action and try to repeat that action to be stroked. If you hit it, PARO remembers its previous action and tries not to do that action. By interaction with people, PARO responds as if it is alive, moving its head and legs, making sounds, and showing your preferred behavior. PARO also imitates the voice of a real baby harp seal.