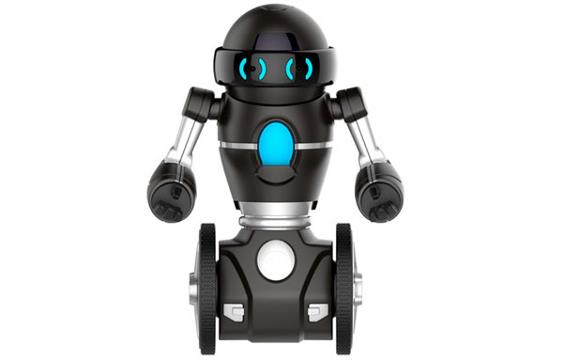 MiP is a robot with emotions and it wants to play with you. At least, that's what WowWee is trying to convince you of with the toy's many audio responses and interactive games. MiP (short for Mobile Inverted Pendulum) actively interacts with you while rolling around on its two rubber wheels. This lovable robotic buddy will move around, spin-dance to music, and express its own emotions with shouts and groans.