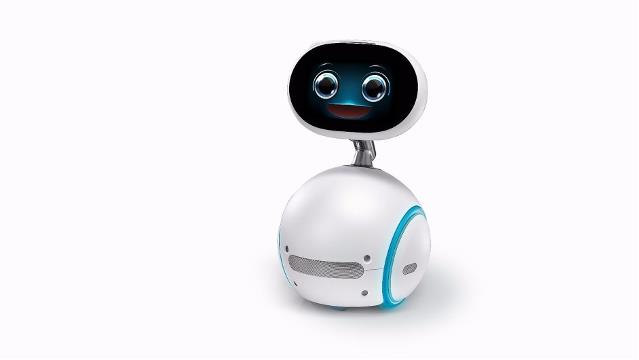 Meet Zenbo, a new robot friend for seniors, kids, and anybody else who wants to invite a less cute, real-world version of BB-8 into their own home. Asus chairman Jonney Shih showed off Zenbo on stage at Computex today, describing the robot as a smart home manager, security guard, hands-free kitchen assistant, and family photographer. Zenbo looks like an iMac G4 riding a Sony Rolly, but appears to work like Amazon's Echo, providing recipe recommendations and similar services in response to voice queries. Users can also use Zenbo to buy goods online by logging into accounts and inputting passwords with their voice, and take photos like an autonomous selfie stick. Asus also emphasized the robot's usefulness for older users. An awkward video detailing Zenbo's features showed a grandfather figure falling over alone at home. Rather than try to help him up, the miniature robot acted as a kind of invasive paparazzo, snapping a picture of him in his vulnerable state before sending it to his granddaughter. To her credit, rather than laugh at his misfortune, she informed her parents, allowing them to rescue the gentleman from his predicament.