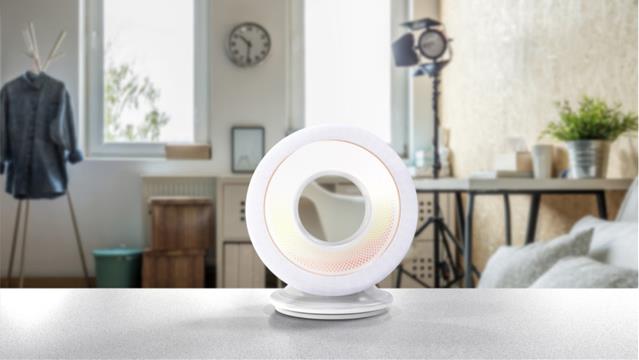 The key is a combination of personality, movement and interaction, according to Hongbin Zhuang, the London-based founder of social robot Olly. Pointing to two Olly robots sitting side by side in Emotech's booth at CES Unveiled, Zhuang explains that where one Olly is whizzing around energetically responding to anyone and everyone who engages with it, its neighbour is more calm and reserved -- it only speaks when spoken to. This is the result of the robot's deep-learning capabilities that mean as your Olly gets to know you and your daily routines over time, it will evolve to become more like you and respond to the patterns of your life. When it comes to what the robot can actually do, it is similar to Amazon's Echo or Google Home. It can respond to your questions by looking up information for you, and can control all of your smart devices and internet-connected products you may have around your home. Where it differs from its rivals is in its ability to be proactive. It could predict whether you might want to listen to music when you get home from work for example, as well as what you might like that music to be. The original prototype of Emotech's robot featured a single eye, but testing suggested that while some users loved this feature, others did not. Now, Olly is a black donut that rises to greet you when you wake it and swivels to face you when you address it. It responds not just with voice, but with mesmeric light patterns that help it express itself.