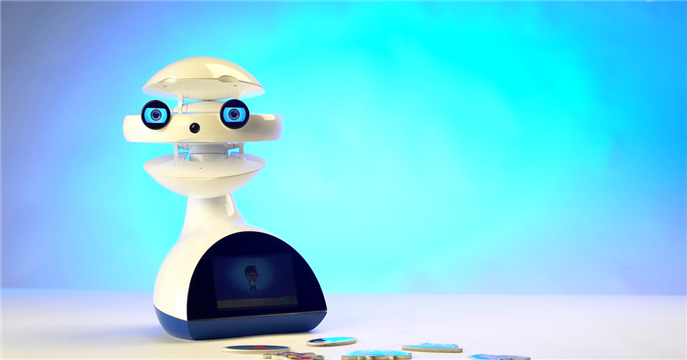 A company called Flash Robotics designed a robot named Emys that’s supposed to teach kids another language. While plenty of apps, TV shows, and games attempt to ingrain language into kids’ sponge brains through repetition, Emys might be more successful because of its built-in tablet and unique, expressive face, which relies on three moving disks and two smartwatch displays. It was inspired by emoticons. After demoing Emys at The Verge’s office, I don’t think it’ll turn your kids into baby geniuses. But with that said, I do think Flash Robotics approaches language instruction slightly differently than those TV shows and games in an effort to minimize screen time. Emys relies on RFID tags to teach. If a child holds a tag picturing a dog up to Emys’ display, for example, the robot will know to say “perro,” and attempt to teach that word.