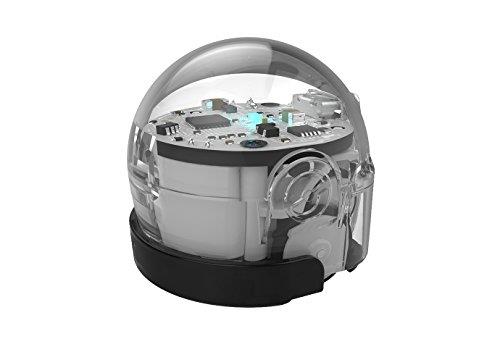 Ozobot is a small USB charged robot that tracks lines to follow a path. Ozobot can read different colors on the line to adjust its behavior: speed, direction, path finding. This combines with a variety of physical and tablet games to create a product that crosses over the traditional game-toy divide. It can also do this in play, traveling seamlessly from a circuit on the iPad onto a physically drawn path — again opening up new game-mechanics. Racetracks, mazes, mind teasers, and dance routines are just a part of Ozobot’s world of smart entertainment. Using markets, draw lines, paths and tracks for Ozobot to explore or download free Ozobot Apps for some one-of-a-kind social, strategic and competitive games. Ozobot works seamlessly on iOS and Android and makes learning life skills fun, affordable and accessible to all. Why markers? Because except for a microUSB charging port, the Ozobot has no way to connect to your computer or communicate with a mobile device. There’s no Wi-Fi or Bluetooth either, so uploading a program or commands to the bot just isn’t possible. Instead, the underside of the Ozobot features a series of sensors for detecting color and contrast, allowing it to follow paths drawn on a white piece of paper, or generated by an accompanying tablet app. 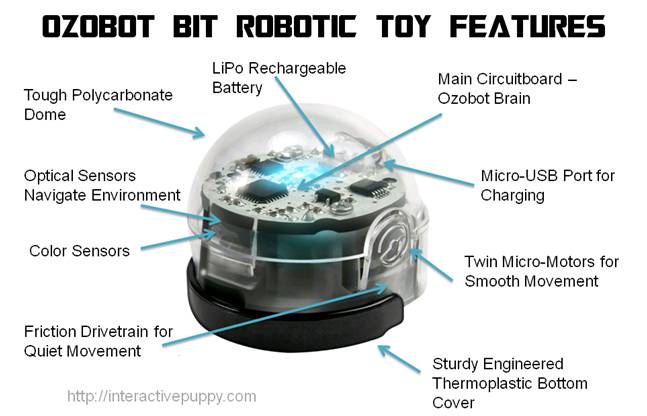