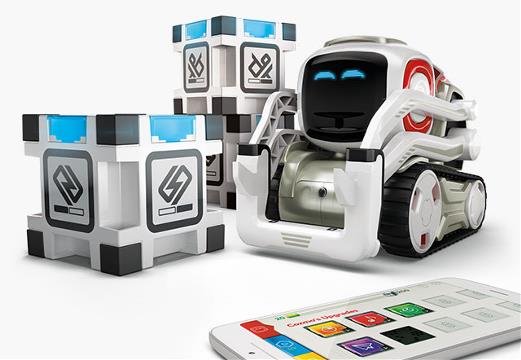 Cozmo Robot: The Anki Cozmo doesn't say anything else, just musical beeps and blips. It's a robot toy available for the holidays, and also a project of sorts. According to Anki, the company making the Cozmo, it's an animated character brought to life in a robot. I'd describe it best as a semi-aware robot with a budding personality. And what's most fascinating to me is I'm falling for its cuteness...and so are my kids.