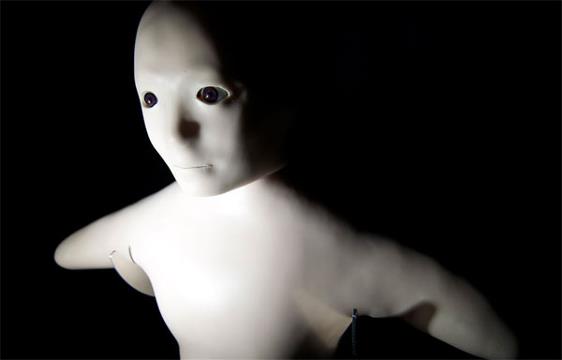 Telenoid Robot is a smart humanoid robot that is a robotic communications device. You connect to the robot over the Net, and it will transmit your voice and mimic your face and head motions. It's like a mobile phone shaped like an alien. The Telenoid's main use is being an advanced video conferencing tool. The Telenoid is able to interact with the owner as if it was the person sending the message. Researchers shared that they hope the Telenoid R1 will be used mainly as a communication device that can be applied to work, education, and elderly care.