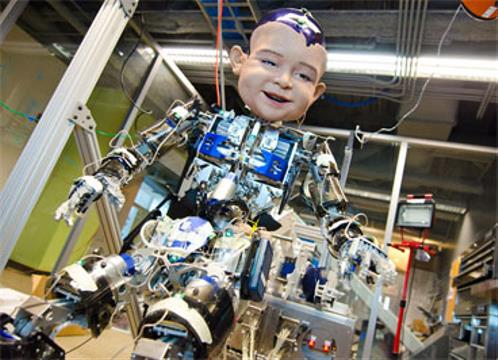 Diego-San Robot is a smart child robot that is a robotic toddler comprising a Hanson Robotics-created head and a body by Japan’s Kokoro. These days the little guy resides at the University of California at San Diego’s Machine Perception Lab, where he serves cognitive AI and human-robot interaction research. With high definition cameras in the eyes and 27 servo motors controlling his expressive face, Diego San is a learning robot, designed to learn the way babies do. Its expressive face and reactivity are intended to let Diego-San communicate intuitively with people, just as babies do.