University of Zaragoza: It's a university located in Zaragoza, in the Aragonregion of Spain. Founded in 1542, it is one of the oldest universities in Spain, with a history dating back to the Roman period. The university has over 40,000 students in its 22 faculties. The university is the only public university in the region. Its activity is spread along the three provinces of Aragon, with teaching campuses and research centres in Huesca, Teruel and Zaragoza.

The Zaragoza campus is divided into five different locations throughout the city. Campus Plaza San Francisco is the largest of the five locations and is home to a majority of the university colleges and departments in Zaragoza. The other four locations, Campus Rio Ebro, Escuela Universitaria de Turismo, Plaza de Basilio and Facultad de Veterinaria host only one to two colleges each. The Paraninfo building, located on the San Francisco campus, is one of the most valuable and significant buildings owned by the entire university. Originally inaugurated in 1893, the building was scheduled for restoration in 2006. The project inauguration was attended by the King of Spain, the president of the Government of Aragon and other important figures. The restoration architects, Luis Franco and Mariano Pemán, made great efforts to maintain the architectural heritage of the building while adding new functionality. At the front of the building sits four large stone statues of notable scientists and doctors that had connections to the university. On display are Andrés Piquer, Miguel Servet, Ignacio Jordán de Asso and Fausto Elhuyar. Today, the Paraninfo is, as the name suggests, a functional auditorium as well as the University of Zaragoza Library(Main Library).

Huesca is located roughly 75 kilometers northeast of Zaragoza. The Huesca location has a number of colleges including the Polytechnic School, Faculty of Health and Sport Science, Faculty of Humanities and Education, and Faculty of Business and Public Management. Also, the affiliated School of Nursing of San Jorge hospital is located in Huesca.

Teruel is located roughly 170 kilometers south of Zaragoza. The Teruel campus is home to the technical college where you will find computer engineering and similar programs. It is also the location of the Faculty of Social and Human Sciences and the affiliated School of Nursing of the Obispo Polanco hospital. 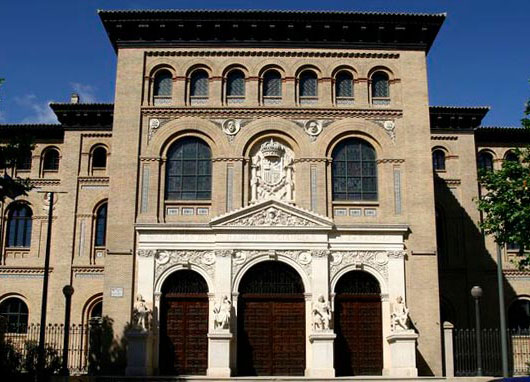 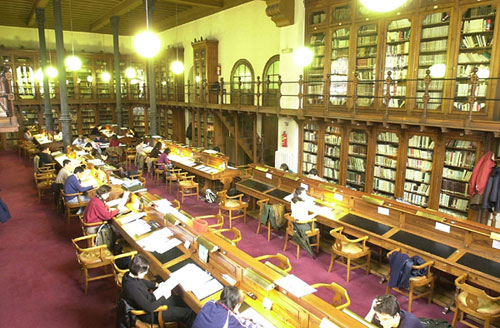