University of Southern California: It's a private research university founded in 1880 located in Los Angeles, California. As California's oldest private research university, USC has historically educated a large number of the region's business leaders and professionals. In recent decades, the university has also leveraged its location in Los Angeles to establish relationships with research and cultural institutions throughout Asia and the Pacific Rim. An engine for economic activity, USC contributes $8 billion annually to the economy of the Los Angeles metropolitan area and California. For the 2014–15 academic year, there were 18,740 students enrolled in four-year undergraduate programs. USC also has 23,729 graduate and professional students in a number of different programs, including business, law, engineering, social work, and medicine. The university is one of the top fundraising institutions in the world, consistently ranking among the top 3 in external contributions and alumni giving rates. Multiple academic rankings list the University of Southern California as being among the top 25 universities in the United States. With an acceptance rate of 16 percent, USC is also among the most selective academic institutions in the nation.

In September 2014, the University began construction on USC Village, a 1.25 million square foot residential and retail center directly adjacent to USC's University Park Campus on 15 acres of land owned by the university. The USC Village has over 130,000 square feet of retail space on the ground floor, with student housing on the four floors above. The $700 million project is the biggest development in the history of USC and is also one of the largest in the history of South Los Angeles. With a grand opening held on August 17, 2017, the USC Village includes a Trader Joe's, a Target, a fitness center, a Trojan Town USC store, restaurants and outdoor dining, 400 retail parking spots, a community room, and housing for 2,700 students. 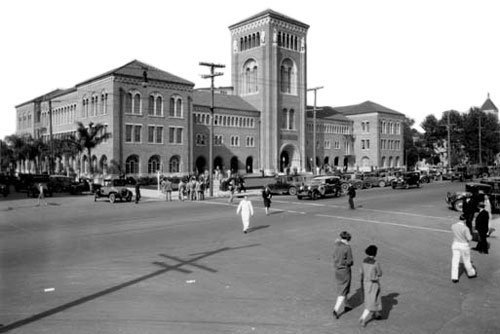 USC is a private public-benefit nonprofit corporation controlled by a Board of Trustees composed of 50 voting members and several life trustees, honorary trustees, and trustees emeriti who do not vote. Voting members of the Board of Trustees are elected for five-year terms. One fifth of the Trustees stand for re-election each year, and votes are cast only by the trustees not standing for election. Trustees tend to be high-ranking executives of large corporations (both domestic and international), successful alumni, members of the upper echelons of university administration, or some combination of the three. The university administration consists of a president, a provost, several vice-presidents of various departments, a treasurer, a chief information officer, and an athletic director. The current president is Wanda Austin who was appointed the interim president by the Board of Trustees when the former president C. L. Max Nikias resigned in 2018. In 2008, Nikias' predecessor, Steven Sample, was one of the highest paid university presidents in the United States with a salary of $1.9 million. The USC Dana and David Dornsife College of Letters, Arts, and Sciences, the Graduate School, and the 17 professional schools are each led by an academic dean. USC occasionally awards emeritus titles to former administrators. There are six administrators emeriti. The University of Southern California's 18 professional schools include the USC Leventhal School of Accounting, the USC Bovard College, USC School of Architecture, USC Marshall School of Business, USC School of Cinematic Arts, USC Annenberg School for Communication and Journalism, Herman Ostrow School of Dentistry of USC, USC Rossier School of Education, USC Viterbi School of Engineering, USC Roski School of Fine Arts and Design, USC Davis School of Gerontology, USC Gould School of Law, Keck School of Medicine of USC, USC Thornton School of Music, USC School of Pharmacy, USC Price School of Public Policy, USC School of Social Work, and USC School of Theatre. 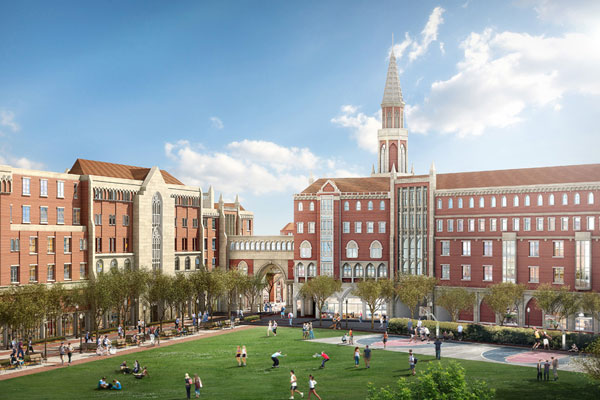 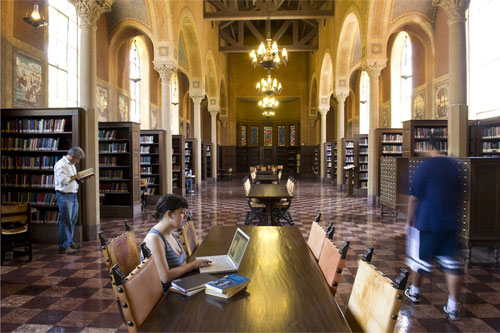