Sydney University: It's an Australian public research university in Sydney, Australia. Founded in 1850, it is Australia's first university and is regarded as one of the world's leading universities. In 2017 it was ranked as the world's 26th most reputable university and in the top 0.25%. Its graduates are additionally ranked the 4th most employable in the world and 1st in Australia. The university comprises 16 faculties and schools, through which it offers bachelor, master and doctoral degrees. In 2011 it had 32,393 undergraduate and 16,627 graduate students.

The main campus has been ranked in the top 10 of the world's most beautiful universities by the British Daily Telegraph, and The Huffington Post, among others such as Oxfordand Cambridge and is spread across the inner-city suburbs of Camperdown and Darlington. Originally housed in what is now Sydney Grammar School, in 1855 the government granted land in Grose Farm to the university, three kilometres from the city, which is now the main Camperdown campus. The architect Edmund Blacket designed the original Neo-Gothic sandstone Quadrangle and Great Tower buildings, which were completed in 1862. The rapid expansion of the university in the mid-20th century resulted in the acquisition of land in Darlington across City Road. The Camperdown/Darlington campus houses the university's administrative headquarters, and the Faculties of Arts, Science, Education and Social Work, Pharmacy, Veterinary Science, Economics and Business, Architecture, and Engineering. It is also the home base of the large Sydney Medical School, which has numerous affiliated teaching hospitals across the state. The main campus is also the focus of the university's student life, with the student-run University of Sydney Union (known as "the Union") in possession of three buildings – Wentworth, Manning and Holme Buildings. These buildings house a large proportion of the university's catering outlets, and provide space for recreational rooms, bars and function centres. One of the largest activities organised by the Union is the Orientation Week (or 'O-week'), centring on stalls set up by clubs and societies on the Front Lawns. The main campus is home to a variety of statues, artworks, and monuments. These include the Gilgamesh Statue and the Confucius Statue. As of 2016 the university is undertaking a large capital works program with the aim of revitalising the campus and providing more office, teaching and student space. The program will see the amalgamation of the smaller science and technical libraries into a larger library, and the construction of a central administration and student services building along City Road. A new building for the School of Information Technologies opened in late 2006 and has been located on a site adjacent to the Seymour Centre. The busy Eastern Avenue thoroughfare has been transformed into a pedestrian plaza and a new footbridge has been built over City Road. The new home for the Sydney Law School, located alongside Fisher Library on the site of the old Edgeworth David and Stephen Roberts buildings, has been completed. The university has opened a new building called "Abercrombie building" for business school students in early 2016. The NSW state government has reduced transport links to the old campus and the closest Redfern railway station leaving main access to buses on the neighbouring Parramatta Road and City Road, prioritising the growth at other Sydney universities. From 2007, the university has used space in the former Eveleigh railway yards, just to the south of Darlington, for examination purposes. 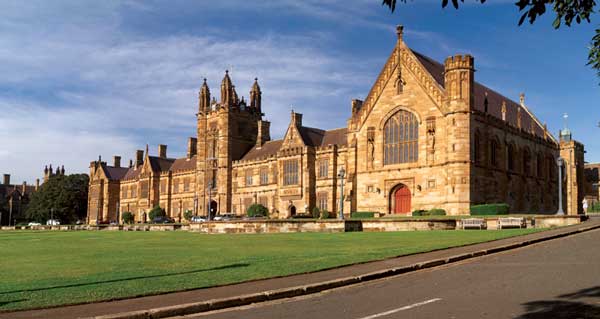 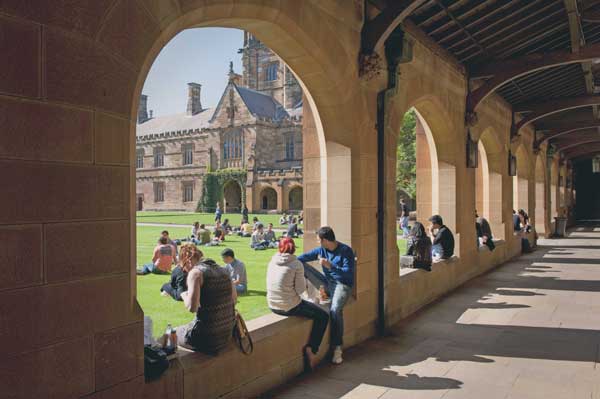