George Washington University: It's a private research university in Washington, D.C., the capital of the United States. Founded in 1821 as Columbian College, the university has since grown to comprise fourteen undergraduate and graduate colleges and schools, including the School of Media and Public Affairs, Elliott School of International Affairs, Law School, and School of Public Health. George Washington's main campus is located in the Foggy Bottomneighborhood with two satellite campuses located in the Foxhall neighborhood of Washington, D.C. and in Ashburn, Virginia. It is the second oldest and the largest institution of higher education in the District of Columbia. George Washington, the first President of the United States, advocated the establishment of a centrally located national university in his first State of the Union address in 1790 and continued to promote this idea throughout his career and until his death. In his will, Washington left his 50 shares in the Potomac Company to help endow the university. However, due to the company's financial difficulties, the expected funding was not available. Instead funds were raised independently and on February 9, 1821, the university was chartered by an act of Congress. Although originally named Columbian College, its name was changed to Columbian University in 1873 and to the George Washington University in 1904, in honor of the president. George Washington offers degree programs in seventy-one disciplines, enrolling an average of 11,000 undergraduate and 15,500 post-graduate students from more than 130 countries. The university is well known for preparing leaders for careers in government, international affairs, and journalism. As of 2015, George Washington had 1,116 active-duty alumni working in the U.S. Foreign Service, second only to Georgetown's 1190. Notable George Washington alumni include U.S. Secretary of State Colin Powell, First Lady Jacqueline Kennedy Onassis, former Senate Majority Leader Harry Reid, South Korean President Syngman Rhee, Scientology founder L Ron Hubbardand FBI Director J. Edgar Hoover. George Washington is home to an extensive student life program with the country's largest College Democrats and College Republicans chapters, as well as a strong Greek culture, and over 450 other student organizations. The school's athletic teams, nicknamed the Colonials, include men's and women's basketball teams with numerous post season appearances and a men's rowing team which has been nationally ranked. 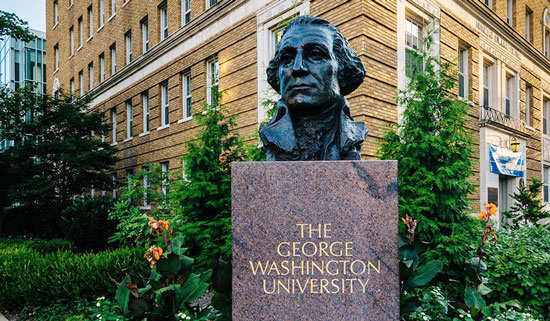 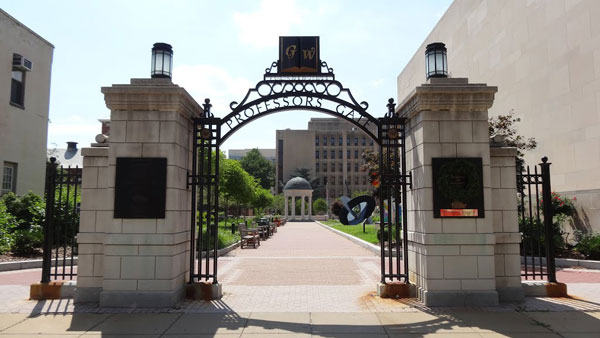