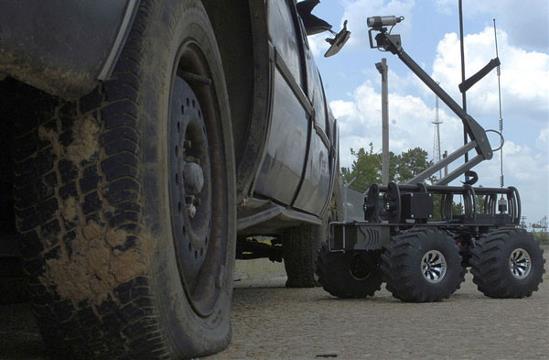 MARCbot Robot: The MARCbot is one of smallest and most commonly used robots in Iraq and looks like a small toy truck with an elevated mast on which a camera is mounted. This camera is used to look, for example, behind doors or through windows without placing human soldiers in danger. It is capable of running for 6 hours on a set of fully charged batteries and was developed with the input of soldiers in Iraq to meet their needs.