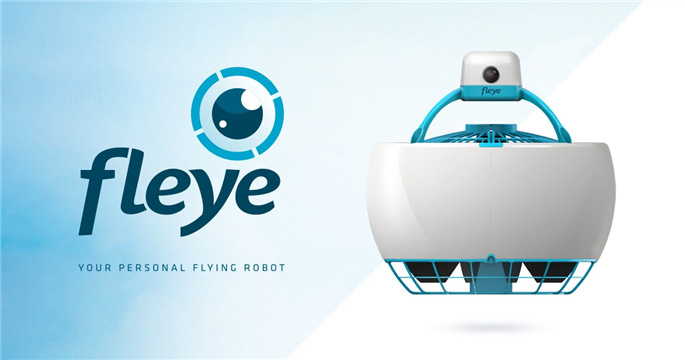 The Fleye is claimed to be the world's safest drone. It may look like a flying soccer ball, but its shape is designed to keep all the moving parts well out of harm's way and make it a bit more resistant to crash damage. It's not just design that sets the Fleye apart though. A dual core Linux brain with an open SDK (software development kit) and API (application program interface) make this machine less like a conventional drone and more like a flying development platform. Admit it. The drones of today look nothing like the personal flying robots we imagined in our youth. In fact, in this regard, they've been somewhat disappointing. Instead of the helpful companion doing our bidding, getting our drones to do anything requires our full and complete engagement. In other words, our drones still aren't following us home carrying our groceries. Enter the Fleye. While not quite at the "helpful companion" level, this new entry into the exploding drone market is definitely different and, with the help of the developer community, might even prove to go beyond a fun toy to something useful. To get the Fleye to fly, the Belgium-based development team has launched the project on Kickstarter. While the standard specs of the Fleye aren't very exciting when compared to those of some other drones (such as its 1080p/30 fps camera and 10-minute flight time), this isn't what's interesting. On the functional side the Fleye's design takes a cue from industrial and defense UAVs, relying on something called a "ducted fan" concept. Unlike most drones on the market that have multiple open rotors, the Fleye's lift is generated by a single shielded propeller with four control vanes providing directional control. This means that users can safely push it around, touch or hold it, or even bump into it without worrying about that spinning prop causing harm.