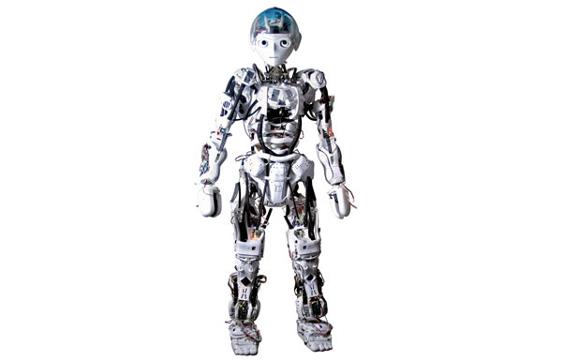 Kojiro Robot is a smart humanoid robot that a humanoid with a musculoskeletal system that mimics how the human body works to generate motion. The goal is to build a robot that is light and agile, capable of moving much as people do. Kojiro robot with a body that mimics the way human skeleton, muscles, and tendons work to generate motion. While Kojiro uses DC motors, it uses them to pull cables to simulate how muscles and tendons contract and relax.