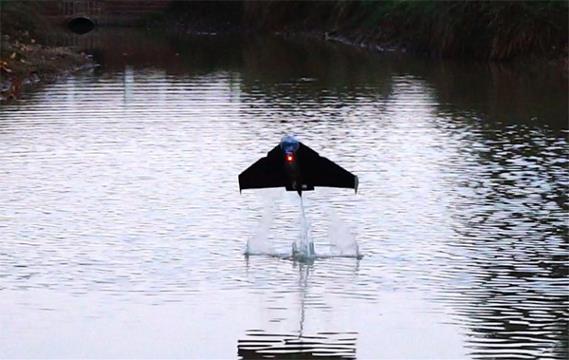 Flying Fish Robot is a robot explodes from water that can burst out of the water and into flight has been developed in the hope it can assist in the event of an environmental disaster. The bio-inspired device which uses a simple combustion system that pushes water out as a jet and propels the robot up to 26 metres through the air, was developed by engineers at Imperial College London. The propulsion technique is so effective that it is even able to fly out of choppy waters, meaning it could be used to collect water samples in difficult environments, such as floods or ocean oil spills. "These kinds of low-power, tether-free robots could be really useful in environments that are normally time and resource-intensive to monitor, including after disasters such as floods or nuclear accidents," said Raphael Zufferey, an aeronautical engineer who worked on the device.