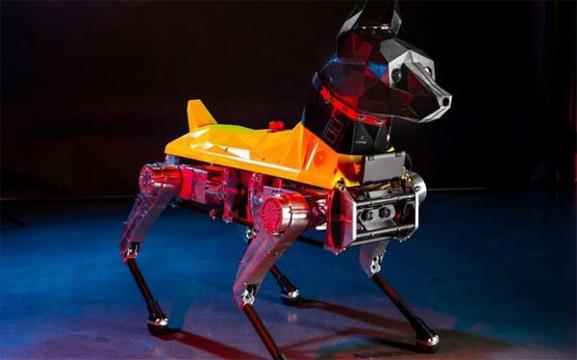 Astro Robot is a smart dog robot that not only looks like a dog; he learns like one too. That's because he doesn't operate based on preprogrammed robotic automation. Instead, Astro is being trained using inputs to a deep neural network—a computerized simulation of a brain—so that he can learn from experience to perform human-like tasks, or on his case, "doggie-like" tasks, that benefit humanity. Equipped with sensors, high-tech radar imaging, cameras and a directional microphone, this 100-pound super robot is still a "puppy-in-training." Just like a regular dog, he responds to commands such as "sit," "stand" and "lie down." Eventually, he will be able to understand and respond to hand signals, detect different colors, comprehend many languages, coordinate his efforts with drones, distinguish human faces, and even recognize other dogs.