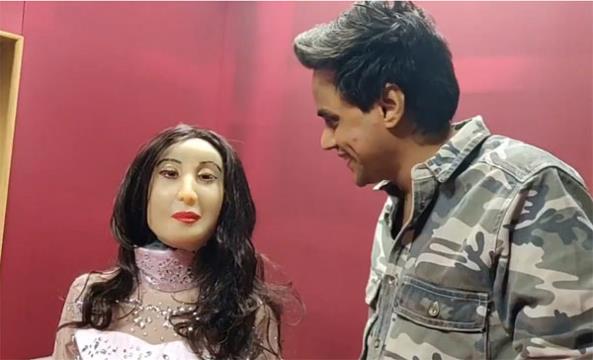 Rashmi Robot is a smart humanoid robot that the world’s first Hindi speaking humanoid robot with standard robot features such as AI and facial recognition to interact with people. The robot can speak Hindi, Bhojpuri and Marathi along with English. Ranjit Srivastava is behind this robot. The robot hosts an “Ask Rashmi” segment where it listens to the user’s queries and replies to them. Srivastava says that the robot is India’s first lip-syncing robot that uses Artificial Intelligence (AI), Linguistic Interpretation (LI), visual data and face recognition systems enabling it to act and answer queries like a human being.