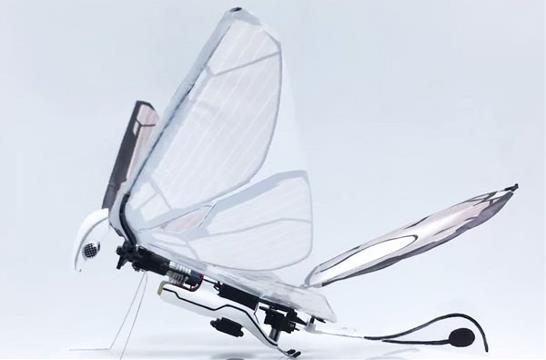 MetaFly Robot is a smart insect robot that battery is charged by docking the MetaFly with the included 2-channel radio remote control unit, drawing current from that device's four AA batteries. One 15-minute charge should be good for eight minutes of flight time, with 15 flights possible on one set of the remote's batteries. Users can also opt for a separate 1,500-mAh power bank, which reportedly manages 20 12-minute charges before needing a recharge of its own.