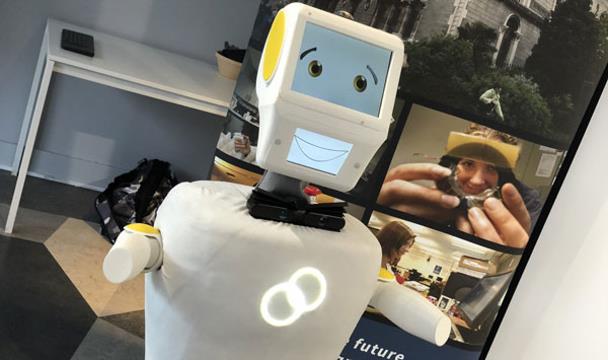 Stevie Robot is a smart assistant robot that the robot is the result of a decade worth of research and took two years to construct in its current guise. The five-foot automaton cannot provide assistance for physical tasks, but can perform a range of functions ranging from medication reminders and light conversation to video calls with family members. Trundling around on three wheels, Stevie’s face comprises a screen which can host pictorial prompters for those with hearing impairments, and may even be used to independently contact emergency services if the user becomes unresponsive. Such applications may be useful for providing companionship among an often isolated cohort as the population ages, and can help to assuage more acute fears such as the risk of falls, medication errors or carbon monoxide poisoning according to project leader Prof Conor McGinn.

“Stevie can perform several routine tasks which will improve efficiency and substantially alleviate pressure on care staff during periods when the facility may be understaffed,” he told members of the media at a live demonstration of the robot at Trinity’s Science Gallery on Monday.