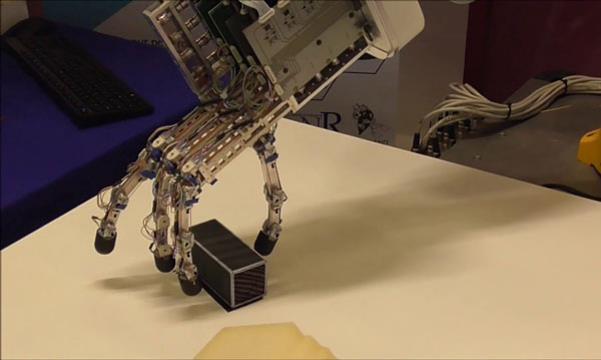 ROBIOSS Robot is a fully actuated bio-inspired four-degree-of-freedom (DOF) finger driven by four actuators. It has been developed with the goal to replicate fine manipulation with fingertips with a high degree of interaction with the environment. The robotic hand has fingers whose design is based on a human anatomical finger model.  The modular design enables the user to choose the number of fingers to be used as well as to adjust finger placement based on the tasks at hand. 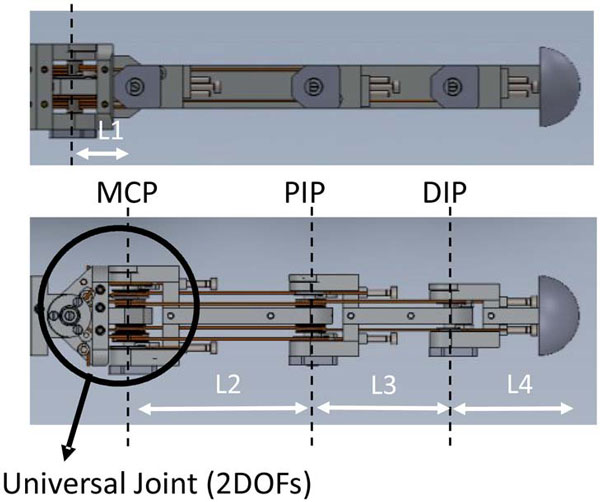