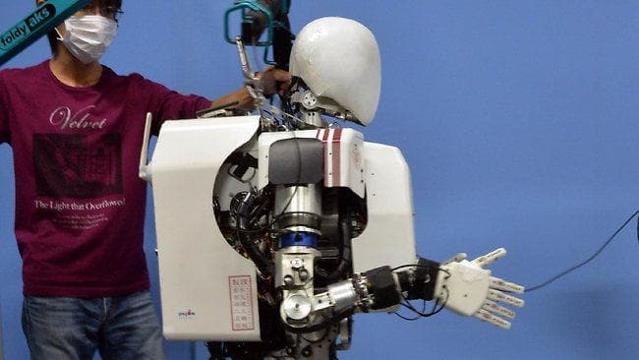 Wabian-2R is controlled by a computer mounted on its trunk. The control computer consists of a PCI CPU board , which is connected to I/O boards through PCI bus. For I/O boards, the team used a HRP Interface Board which has 16ch D/As, 16ch Counters and 16ch PIOs, and six axis force/torque sensor receiver board. The operating system installed on control computer is QNX, which is a real time system. The team has put the humanoid robot through many tests including walking speed assessment, power duration, and stability tests to observe how the robot would preform in the real world. 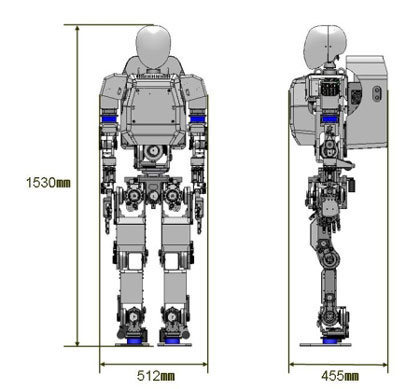 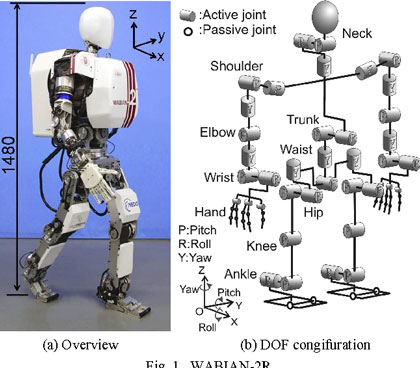