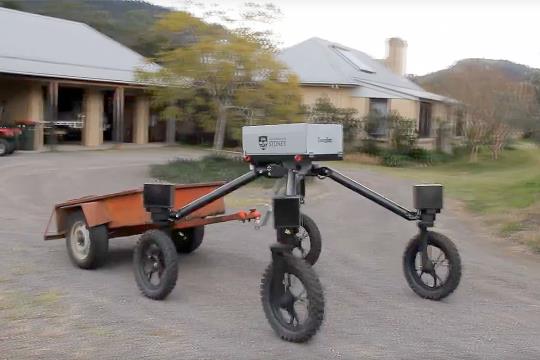 Swagbot can herd cows, tow heavy trailers, and traverse rugged terrain and has been designed to manage livestock on Australia’s vast sheep and cattle stations, which are often remote and difficult to access. A trial which began last month has confirmed that SwagBot is able to herd cattle, and can navigate its way around ditches, logs, swamps, and other features of a typical farm landscape. The next step will be to teach the robot how to identify animals that are sick or injured, says Salah Sukkarieh of the University of Sydney, who is leading the trial. “The trial has been very successful so far, so it’s given us the confidence to move to the next phase,” he says. His team is planning to fit the robot with temperature and motion sensors to detect changes in body temperature and walking gait, as well as colour and shape sensors to make sure the animals have enough pasture to graze on. “Over the next few months, we’ll be looking at what algorithms we need to put together to allow the animal monitoring,” he says. The researchers have previously shown that farm robots can be used to monitor the health of crops, but SwagBot will be the first in the world to monitor the health of livestock.