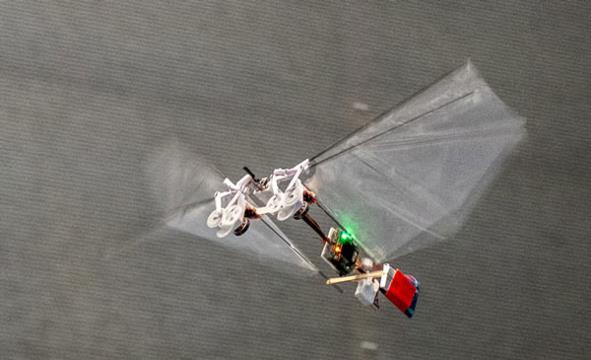 DelFly Nimble Robot is a super agile robot with a quad-wing flapping system, and it’s capable of flying just as nimbly as a real winged insect. Using its four wings, the DelFly can control three axes of flight, and it goes left or right by changing the way each one of its wings flap. It’s eerily similar to a real insect. Currently, the DelFly can fly around for more than five minutes on a full battery with a range of more than 1 kilometer (0.62 miles). There is a purely scientific application for the DelFly that includes studying and replicating insect flight dynamics and high-agility maneuvers, like the ones that fruit flies use to evade predators or humans. 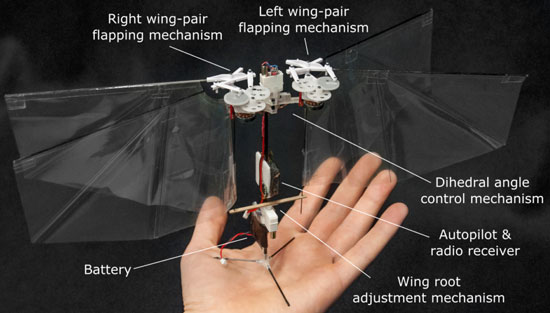