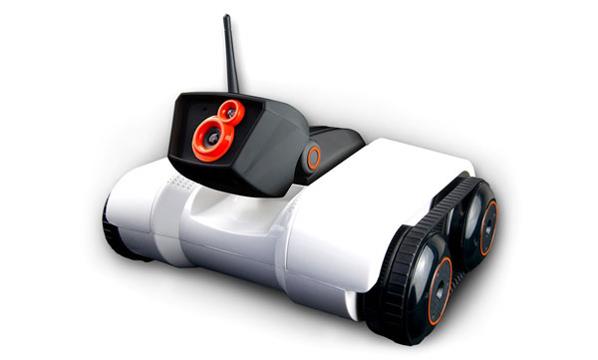 The Spy-C Tank is entirely controlled via WIFI using an Apple or Android application. The connected Smartphone or tablet displays in real time the images filmed by the Spy-C Tank's onboard motorised camera which can be tilted up to 45 degrees. Download the App and use the controls on the screen to drive the SPY-C Tank, record what it sees, move the camera and zoom in and out. Hear people speak and talk back to them with the Walkie-Talkie function. All in realtime. Videos and photos can then be recorded directly onto the smartphone or tablet which then can be shared with friends via email, on Facebook, YouTube, Twitter etc. Why not surprise/shock a work colleague or member of the family - strategically place the Spy Tank in filming position then email your findings immediately. The recipient can be watching you watching them! Want to film when it's dark? The Spy Tank has a night vision function perfect for real covert operations.