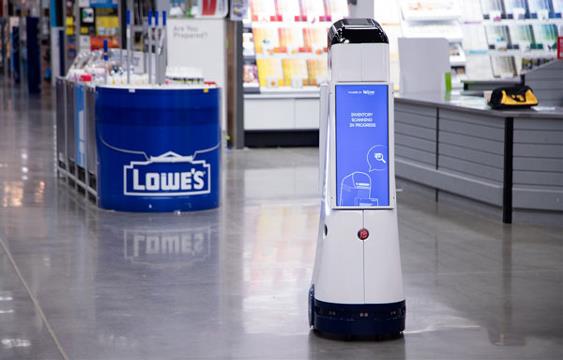 LoweBot Robot is a NAVi autonomous retail service robot by Fellow Robots, in 11 Lowe's stores throughout the San Francisco Bay area. Following a successful robotics test of OSHbot at one of the company's Orchard Supply Hardware stores, LoweBot will roll out in phases over a seven-month period beginning in September in San Jose, Calif., and will further explore how robots can meet the needs of both customers and employees.