It's a research university in Uppsala, Sweden, and is the oldest university in Sweden and all of the Nordic countries still in operation, founded in 1477. (However was it not the first university in the Nordic countries, as the Danish Academy of Lund had opened already in 1425) It ranks among the world's 100 best universities in several high-profile international rankings. The university uses "Gratiae veritas naturae" as its motto and embraces natural sciences. The university rose to pronounced significance during the rise of Sweden as a great power at the end of the 16th century and was then given a relative financial stability with the large donation of King Gustavus Adolphus in the early 17th century. Uppsala also has an important historical place in Swedish national culture, identity and for the Swedish establishment: in historiography, literature, politics, and music. Many aspects of Swedish academic culture in general, such as the white student cap, originated in Uppsala. It shares some peculiarities, such as the student nation system, with Lund University and the University of Helsinki. Uppsala belongs to the Coimbra Group of European universities and to the Guild of European Research-Intensive Universities. The university has nine faculties distributed over three "disciplinary domains". It has about 44,000 registered students and 2,300 doctoral students. It has a teaching staff of roughly 1,800 (part-time and full-time) out of a total of 6,900 employees. Twenty-eight per cent of the 716 professors at the university are women. Of its turnover of SEK 6.6 billion (approx. USD 775 million) in 2016, 29% was spent on education at Bachelor's and Master's level, while 70% was spent on research and research programs. Architecturally, Uppsala University has traditionally had a strong presence in the area around the cathedral on the western side of the River Fyris. Despite some more contemporary building developments further away from the centre, Uppsala's historic centre continues to be dominated by the presence of the university. 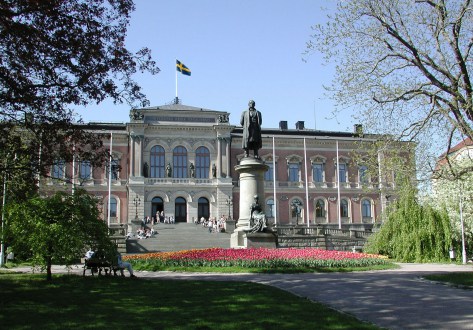 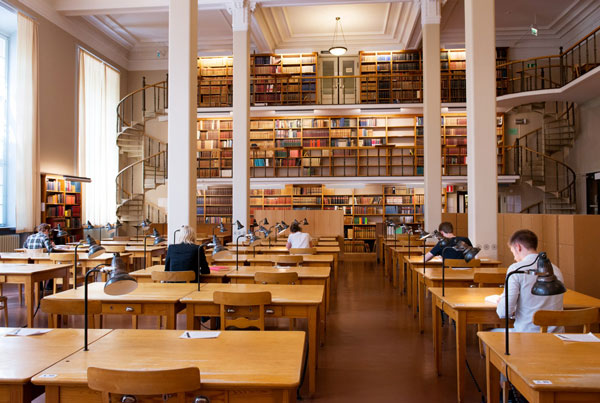