It's a public research university in Ann Arbor, Michigan, United States. Founded in 1817 in Detroit as the Catholepistemiad, or University of Michigania, 20 years before the Michigan Territory became a state, the University of Michigan is the state's oldest university. In 1821, the university was officially renamed the University of Michigan. It moved to Ann Arbor in 1837 onto 40 acres (16 ha) of what is now known as Central Campus. Since its establishment in Ann Arbor, the university campus has expanded to include more than 584 major buildings with a combined area of more than 34 million gross square feet (780 acres; 3.2 km2) spread out over a Central Campus and North Campus, two regional campuses in Flint and Dearborn, and a Center in Detroit. The University was a founding member of the Association of American Universities. Considered one of the foremost research universities in the United States, Michigan is classified as a Doctoral University with Very High Research by the Carnegie Foundation. Its comprehensive graduate program offers doctoral degrees in the humanities, social sciences, and STEM fields (Science, Technology, Engineering and Mathematics) as well as professional degrees in architecture, business, medicine, law, pharmacy, nursing, social work, public health, and dentistry. Michigan's body of living alumni comprises more than 540,000 people, one of the largest alumni bases of any university in the world. Besides academic life, Michigan's athletic teams compete in Division I of the NCAA and are collectively known as the Wolverines. They are members of the Big Ten Conference. 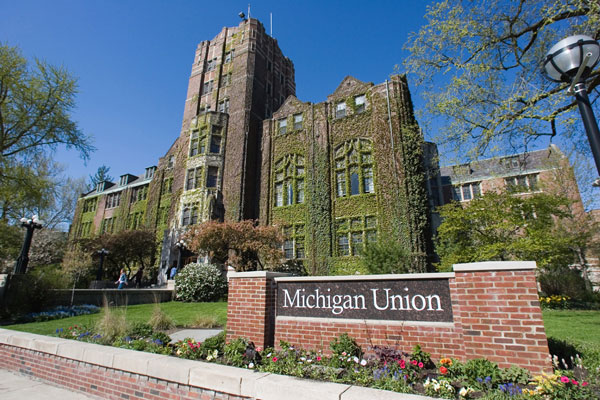 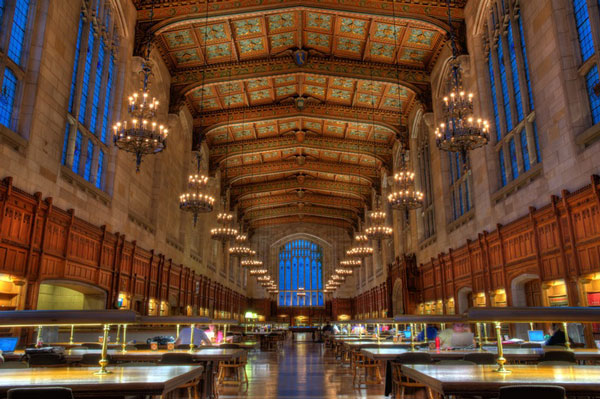