is a public research university in Atlanta, Georgia, in the United States. It is a part of the University System of Georgia and has satellite campuses in Savannah, Georgia; Metz, France; Athlone, Ireland; Shenzhen, China; and Singapore. The educational institution was founded in 1885 as the Georgia School of Technology as part of Reconstruction plans to build an industrial economy in the post-Civil War Southern United States. Initially, it offered only a degree in mechanical engineering. By 1901, its curriculum had expanded to include electrical, civil, and chemical engineering. In 1948, the school changed its name to reflect its evolution from a trade school to a larger and more capable technical institute and research university. Today, Georgia Tech is organized into six colleges and contains about 31 departments/units, with emphasis on science and technology. It is well recognized for its degree programs in engineering, computing, business administration, the sciences, design, and liberal arts. Georgia Tech is ranked 7th among all public national universities in the United States and 34th among all colleges and universities in U.S. News & World Report rankings, Georgia Tech is also highly regarded internationally for its engineering and business programs, and has been ranked as the "smartest" public college in America (based on average standardized test scores). Student athletics, both organized and intramural, are a part of student and alumni life. The school's intercollegiate competitive sports teams, the four-time football national champion Yellow Jackets, and the nationally recognized fight song "Ramblin' Wreck from Georgia Tech", have helped keep Georgia Tech in the national spotlight. Georgia Tech fields eight men's and seven women's teams that compete in the NCAA Division I athletics and the Football Bowl Subdivision. Georgia Tech is a member of the Coastal Division in the Atlantic Coast Conference. 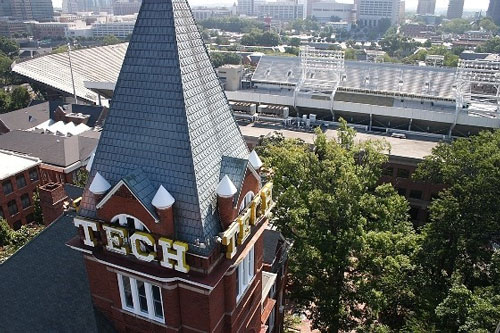 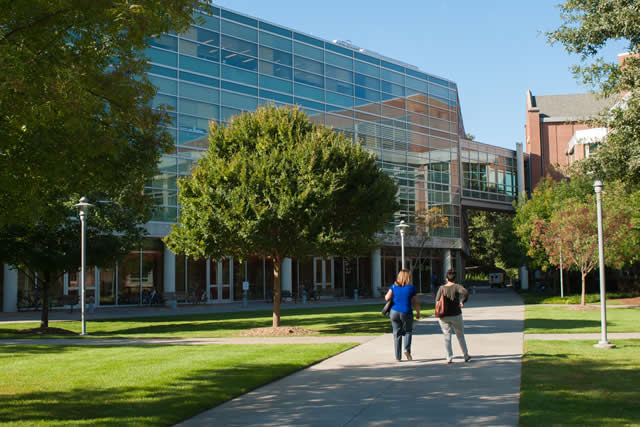