It's a private research university in the Georgetown neighborhood of Washington, D.C., the capital of the United States. Founded in 1789 as Georgetown College, the university has since grown to comprise nine undergraduate and graduate schools, among which are the School of Foreign Service, School of Business, Medical Center, and Law School. Georgetown's main campus is located on a hill above the Potomac River. Georgetown offers degree programs in forty-eight disciplines, enrolling an average of 7,500 undergraduate and 10,000 post-graduate students from more than 130 countries. The campus is identifiable by its flagship Healy Hall, which is a National Historic Landmark. The university is especially known for preparing leaders for careers in government and international affairs. Georgetown's notable alumni include U.S. President Bill Clinton, U.S. Supreme Court Associate Justice Antonin Scalia, CIA Director George Tenet, and King Felipe VI of Spain, as well as the royalty and heads of state of more than a dozen countries. In 2015, Georgetown had 1190 active-duty alumni working for the U.S. Foreign Service, more than any other school in the country. Also, Georgetown ranked second in 2014 by the average number of graduates serving in the U.S. Congress, with 20 members of Congress counted as alumni. Georgetown is the oldest Catholic and Jesuit-affiliated institution of higher education in the United States. The Jesuits have participated in the university's academic life, both as scholars and as administrators, since 1805; however, the university has always been governed independently of the church. At present, the majority of Georgetown students are not Catholic. Georgetown is home to the country's largest student-run business, as well as the largest student-run financial institution. The school’s athletic teams, nicknamed the Hoyas, include a men's basketball team that has won a record-tying seven Big East championships, appeared in five Final Fours, and won a national championship in 1984, as well as a co-ed sailing team that holds nine national championship and one world championship title. 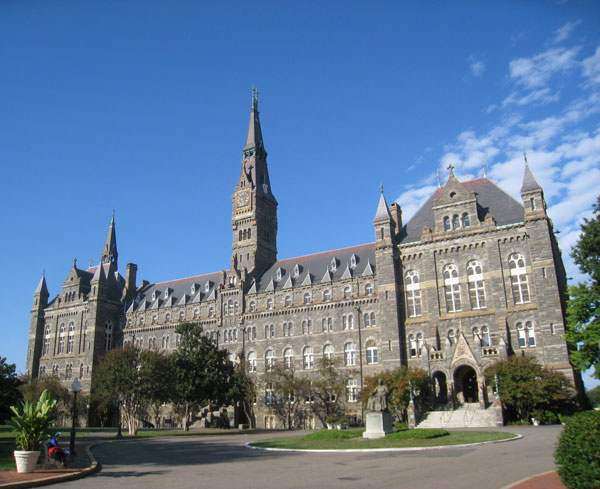 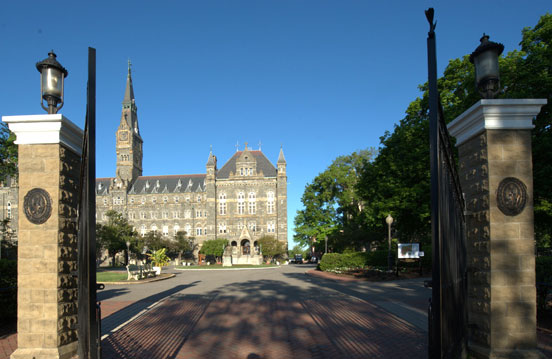