It's the nominal head of all the Armed Forces, serving under the president of the Russian Federation, who is the Supreme Commander-in-Chief of the Armed Forces of the Russian Federation. In this capacity, the minister exercises day-to-day administrative and operational authority over the armed forces. The General Staff, the executive body of the Ministry of Defence, implements the defence minister's operational instructions and orders. The State Duma exercises legislative authority over the Ministry of Defence through the Government of Russia, which is nominally responsible for maintaining the armed forces at the appropriate level of readiness. The main ministry building, built in the 1980s, is located on Arbatskaya Square, near Arbat Street. Other buildings of the ministry are located throughout the city of Moscow. The high supreme body that responsible for the Ministry's management and supervision of the Armed Forces is The National Defense Management Center (Национальный центр управления обороной РФ) which located in Frunze Naberezhnaya and responsible for centralization of the Armed Forces' command. The current Russian minister of Defence is Sergey Shoygu. 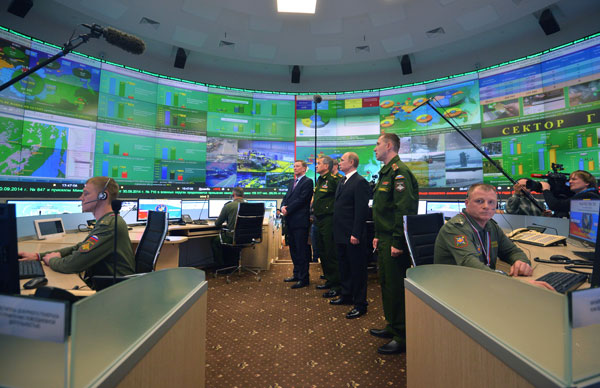 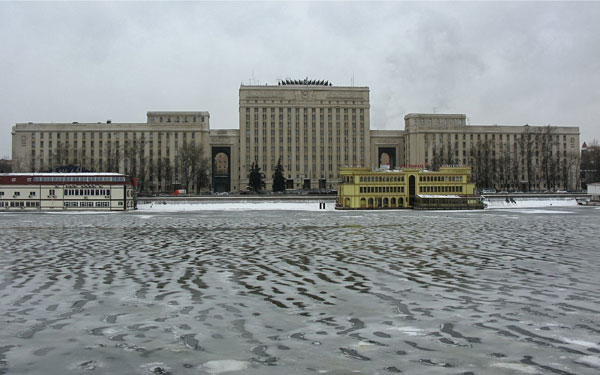