It's a private Ivy League research university in Providence, Rhode Island, United States, founded in 1764 as "The College in the English Colony of Rhode Island and Providence Plantations." Brown is the seventh-oldest institution of higher education in the United States and one of the nine Colonial Colleges chartered before the American Revolution. At its foundation, Brown was the first college in the United States to accept students regardless of their religious affiliation. Its engineering program was established in 1847 and was the first in the Ivy League. It was one of the early doctoral-granting U.S. institutions in the late 19th century, adding master and doctoral studies in 1887. Brown's New Curriculum is sometimes referred to in education theory as the Brown Curriculum and was adopted by faculty vote in 1969 after a period of student lobbying. The New Curriculum eliminated mandatory "general education" distribution requirements, made students "the architects of their own syllabus," and allowed them to take any course for a grade of satisfactory or unrecorded no-credit. In 1971, Brown's coordinate women's institution Pembroke College was fully merged into the university. Pembroke Campus now operates as a place for dorms and classrooms. Undergraduate admissions is very selective, with an acceptance rate of 8.3 percent for the class of 2021, according to the university. The University comprises The College, the Graduate School, Alpert Medical School, the School of Engineering, the School of Public Health, and the School of Professional Studies (which includes the IEBrown Executive MBA program). Brown's international programs are organized through the Watson Institute for International and Public Affairs, and the university is academically affiliated with the Marine Biological Laboratory and the Rhode Island School of Design. The Brown/RISD Dual Degree Program, offered in conjunction with the Rhode Island School of Design, is a five-year course that awards degrees from both institutions. Brown's main campus is located in the College Hill Historic District in the city of Providence, the third largest city in New England. The University's neighborhood is a federally listed architectural district with a dense concentration of Colonial-era buildings. On the western edge of the campus, Benefit Street contains "one of the finest cohesive collections of restored seventeenth- and eighteenth-century architecture in the United States". Brown's faculty and alumni include eight Nobel Prize laureates, five National Humanities Medalists, and ten National Medal of Science laureates. Other notable alumniinclude eight billionaire graduates, a U.S. Supreme Court Chief Justice, four U.S. Secretaries of State and other Cabinet officials, 54 members of the United States Congress, 55 Rhodes Scholars, 48 Marshall Scholars, 14 MacArthur Genius Fellows, 19 Pulitzer Prize winners, members of royal families, as well as leaders and founders of major companies. 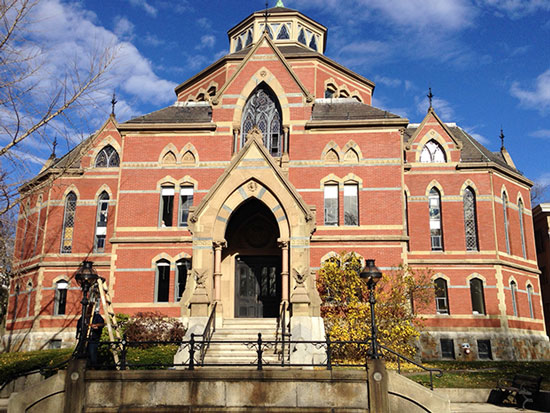 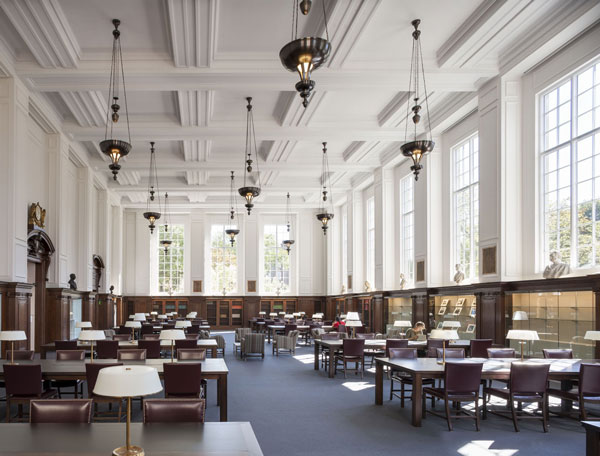