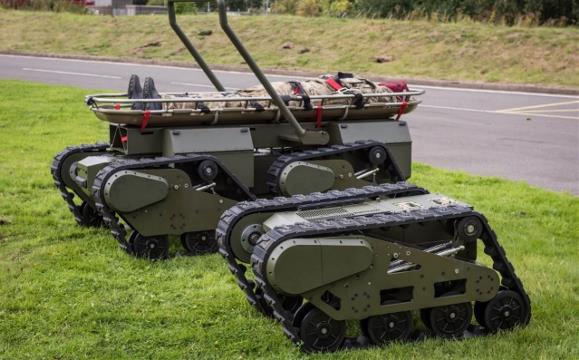 Wounded soldiers could one day be evacuated from the battlefield by a robot stretcher. A new remote-controlled battlefield vehicle that can be fitted to carry casualties will be unveiled in London next week. The Ironclad unmanned ground vehicle has been built by defence giant BAE Systems to take on some of the most dangerous jobs that soldiers face.