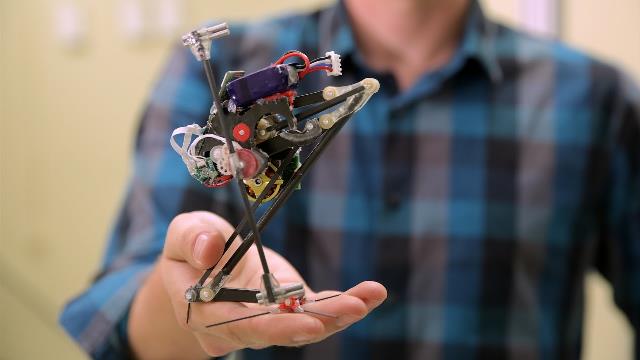 Robotics at UC Berkeley have designed a small robot that can leap into the air and then spring off a wall, or perform multiple vertical jumps in a row, resulting in the highest robotic vertical jumping agility ever recorded. The agility of the robot opens new pathways of locomotion that were not previously attainable. The researchers hope that one day this robot and other vertically agile robots can be used to jump around rubble in search and rescue missions. To build the robot, known as Salto (for saltatorial locomotion on terrain obstacles), the engineers studied the animal kingdom’s most vertically agile creature, the galago, which can jump five times in just four seconds to gain a combined height of 8.5 meters (27.9 feet). The galago has a special ability to store energy in its tendons so that it can jump to heights not achievable by its muscles alone.