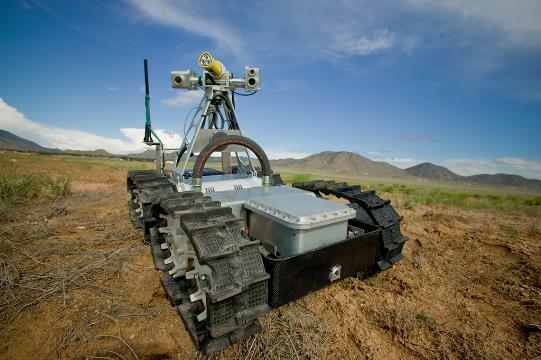 The Gemini-Scout Mine Rescue Robot was designed by Sandia robotics engineers to replace humans in the early stages of rescue planning and response during a mining accident. The robot can enter potentially dangerous situations ahead of rescuers to evaluate hazardous environments and help them determine how operations should proceed, even delivering supplies to trapped miners. The Gemini Scout was developed at Sandia through a National Institute for Occupational Safety and Health (NIOSH) sponsored program.

In a mining accident first responders are working against the clock and against a myriad of dangers to assess the situation and rescue trapped miners. The mine has unknown and potentially deadly conditions creating a challenge for first responders and often limits their ability to assess the situation in a timely matter. There is a need for a robotic system that could be used to support a mine rescue team, functioning primarily as a “scout”, allowing for the exploration and assessment of the mine conditions.